Paperless Office? Not Quite Yet.

Since the creation of computer and electronics, it was widely believed that an office without papers was only years away based on the potential of technology.  The term 'Paperless Office' was coined as early as the 1970s, but it seems like we are still far way from it. 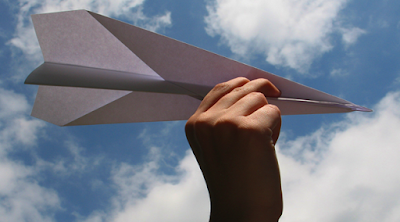 Will there be a 'Paperless Office' one day?  Will the use of paper be
reduced to for us to make paper airplanes for fun only?

According to Wrap (Waste and Resources Action Programme), the average officer worker uses 45 sheets of paper per day (source: BBC).  These can be notes taken, presentations printed, tables, charts, etc.  While there has been an effort reduce paper production for environmental sake, the use of paper in the office is still a significant part of every work.  There seems to be a more human element in writing down notes, rather than typing on keyboards.  There's also the fact that it costs much less to put a pen and paper into an employees hand for note taking, compared to a computer.

Outside of the office, you can also start to notice the decrease in the use of paper.  If you observe during commuting hours, more people are reading news on their phones or tablets rather than from newspapers.  Train tickets are slowly being replaced by electronic passes for convenience.  Even for longer travels, plane tickets can be issued electronically for awhile now, and you're now starting to even see boarding passes becoming electronic.  The Government as well have reduced paper usage by offering electronic services like filing in tax returns electronically.  It's pretty evident that there is a wide spread effort in trying to reduce the usage of paper, whether it's because of environmental reasons or for increased efficiency.  Yet it is believed that paper will always be a vital part of our lives no matter how hard we try to replace it electronically.

Take for example how Moleskin, a market leader in notebooks, have adopted their products to the electronic word.  Moleskin believes there is still a fundamental human part in writing notes down rather than typing them out on keyboards.  That is why in 2012, they teamed up with Evernote to create a digital notebook.  This notebook is like every other notebook you've seen or owned.  It has a cover and more importantly, paper for you to write on.  The catch here is that each page can be photographed and transferred to the Evernote app that will catalog and make it's contents searchable.  This is done through the use of special paper that is written on like any normal paper, but is capable of capturing and recognizing handwriting along with smart stickers for sorting. 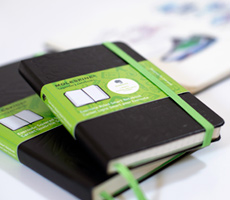 Since Moleskin's creation, many have followed suit in creating 'digital' notebooks that allows us to preserve the human aspect of writing, and at the same time adopt to the technology that is improving and making our lives more convenient.

So is there really ever going to be a 'Paperless Office'?  Who knows.  While it seems like it is the smart way to approach things where there is less paper to handle, and together with environmental concerns, it only seems like it's the way to go.  But it can't be denied that there is a large human aspect in note taking that becomes missing when it is done digitally.  For the moment, I believe paper will stick around for a bit longer, and for as long as they exist Keepfiling will be in business providing binders and sheet protectors to help make organizing easier.